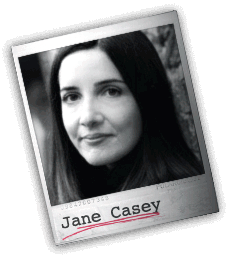 Ever read a book where the principal character is a rookie detective in the first few chapters, by the middle of the book an undiscovered genius and by the end has attained the wisdom and influence of someone who has been on the job for 15-years?

Be ready for the refreshing Det. Maeve Kerrigan, who is young, eager and makes mistakes. Author Jane Casey has written a character who is feeling her way along a job she is proud to have. She has instinct and complexity but isn’t dark and brooding, again refreshing.

I read the first two Maeve Kerrigan books back-to-back: The Burning (2010) The Reckoning (2011). I had no choice really as I enjoyed the first one so much. And now of course there is one more: The Last Girl and suddenly I feel pinned to the wall.  Jane Casey has been short-listed twice for the Irish Crime Novel of the Year. In addition to her Kerrigan series, Jane has written a young adult novel: How to Fall and her first book a stand-alone: The Missing.