The Power of the Dog: Don Winslow 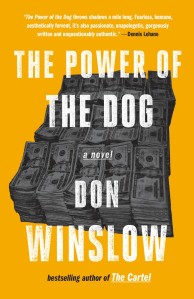 Both brought me to finally read The Power of the Dog by Don Winslow. The book presents us with a labyrinthine world of corruption, greed and murder. DEA agent Art Keller is determined to bring Don Pedro Aviles, the Patron of Sinaloa to justice and works ceaselessly to that end.

Other characters include a hit-man, a prostitute and a priest which sounds like the introduction to a ribald joke. Rather, they bring depth and human faces to an unfathomable world.

The book spans 25-years of Mexican drug history during the time of President Nixon’s futile: War on Drugs. There is enough revenge and vendetta to keep you going through a large assembly of characters. Don’t worry the cast is whittled down as the years pass and loyalties shift – or disappearances take place.

Awards for The Power of the Dog: 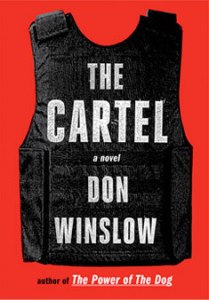 Power of the Dog is a stellar chronicle that now has a partner with The Cartel, Winslow’s follow-up novel in the Power of The Dog Series. Cartel picks-up in 2004 with Adán Barrera, the head of El Federación cartel looking for personal revenge against Agent Keller. This one is on my TBR (to be read) list.

Winslow has 15 additional books to his credit, if the world of narcos doesn’t interest you then check out his author page. There’s lots there to consider.