It’s now full-on summer and perhaps you need a little down time with a good book…or three…or more. I’ll let you get on with my suggested reading while I put Murder in Common on it’s summer hiatus.

See you in September!

How about a double dip from crime fiction author Sue Coletta:

Sage Quintano has fled Boston to a small town in New Hampshire with her husband Niko. They left behind a horrendous attack by a serial killer who left them wounded, emotionally and physically.

A brutal killer appears in Grafton County where they have resettled and the threatening phone calls begin. Chloe, her sister, has been kidnapped and Sage’s world spins out of control.

Coletta’s attention to detail, particularly in crime scenes and her ability to weave-in forensic details has been noted by experts and it certainly creates the right atmosphere. 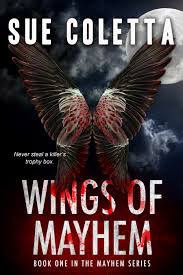 Marred is the first book in the Grafton County Book Series.

The successful release of Marred has brought back a previously written but unpublished work: Wings of Mayhem. Cybercrime specialist & cat burglar Shawnee Daniels takes on more than she thought possible when she breaks into the home of a serial killer.

It’s now Book One of the Mayhem Series so we will be seeing a lot more from Sue moving forward.

Rosemary McCracken brings us book three of the Pat Tierney Mystery series and a trip back to cottage country.

Against the backdrop of fraudulent cottage rentals a woman is found in a storage locker.

It’s murder, and her son appears to be the prime suspect. Tierney doesn’t fall for the false clues and continues to frustrate police with her ‘meddling.’ A lakeside fun read with well-developed characters. 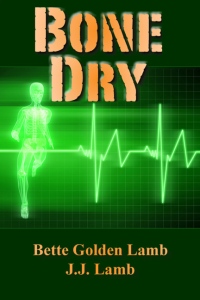 Patients with deadly illnesses and near the end of their lives have one hope, an experimental treatment using their own stored bone marrow.

Then the blackmail begins, their marrow has been stolen and to have it returned they must pay $50,000. An abused lab assistant is the vehicle for a boyfriend’s sadistic pay or die scheme.

Nurse Gina Mazzio is on the case and will be put through her paces to resolve the dangers her patients are in. A fine medical suspense from Bette Golden Lamb and  J.J. Lamb.

Book one of the Gina Mazzio Medical Thrillers 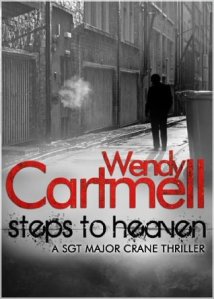 It took me forever to get to this series but I’m glad I finally got here.

The Sgt. Major Crane Series by Wendy Cartmell starts with: Steps to Heaven. It begins with a solider who kills his wife and son, and then himself. Then there are murder suicides at other garrisons.

Religious brochures lead the investigation to a church and Tom Crane teams up with civilian Inspector Anderson to find the truth. Who is influencing vulnerable soldiers to create heinous acts?

Now, here’s a teaser to be released in September: 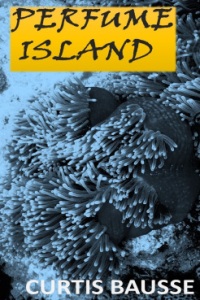 The second book in The Magali Rousseau Detective Series is where we find Rousseau and her love interest  Charlotte on the French island of Mayotte. A woman is killed when struck by a car. But was the vehicle really the instrument of her demise?

Check out the first in the series: One Green Bottle by Curtis Bausse.