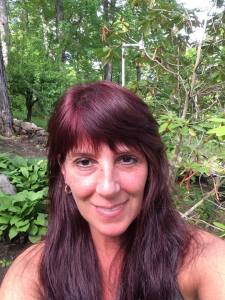 I first brought Sue Coletta to this website when I put her book Marred on the 2016 Summer Reads list. It’s amazing what has transpired since then. With perseverance and hard work, she has moved forward with several projects, and sparked much admiration among her peers.

For this guest post, I wanted to open up the floor to Sue, tap into the progression of her books, and other projects. So I asked a compound question and let her have at it.

Was there a snowball effect at a certain point? Or did things come at just the right time? Or did you have to scramble?

Great question, June! I think most authors have to scramble to get their name out there. We juggle so many things at once that at times it feels like we might go insane. So, to answer your question, all of the above. I had to scramble, there was a definite snowball effect, and it came at the right time.

For years I never took a day off. Ever. I wanted to achieve a certain level in my career and until I reached that point, I stayed laser-focused on my goal. It’s only over the last year that I’ve let up on the gas, so to speak, to actually have a life. My grandbabies need their Nana. 

More to the point, once CLEAVED released I noticed a definite bump in fans, and then when HACKED released in the Kindle Worlds it snowballed, rocketing that book to #1 in Mystery, Thriller & Suspense. 2017 has been a crazy busy year for me, with three releases almost back-to-back; Wings of Mayhem going into audio; and several in-person appearances. It’s so exciting and rewarding!

What I really can’t wait for is the release of Blessed Mayhem, which should go on pre-order any day now. I’ll also be holding my breath until that first reader reviews it. With each new title, I never know how a book will be received. I often say it’s akin to standing naked for all to judge. It’s so true, too. Even though a publisher and editor may love the book, witnessing reader reactions allow you to breathe again. After all, they’re the ones we write for.

What’s next for me? Numerous things. After I launch Blessed Mayhem, I’m writing a novella for Elle James’ Kindle World: Brotherhood Protectors, which releases Sept. 7th. Then I need to get back to work on the third book in the Grafton County Series (MARRED and CLEAVED are 1 & 2). I also need to move forward with Silent Mayhem, Book 3 in the Mayhem Series (Wings of Mayhem and Blessed Mayhem are 1 & 2 and HACKED is a crossover novella). I’m hoping my publishers are able to release at least one of them by the end of the year and the other soon afterward.

That’s the biggest problem with having two publishers—they both want their book first.

I don’t regret the decision to use two, though, because I have different goals for each series. Although, sometimes it’s not easy to jump back and forth between the two. Where MARRED and CLEAVED are more ominous and emotional, Wings of Mayhem and Blessed Mayhem are full-on, non-stop action from start to finish. Both fall into the category of psychological thriller/mystery, but in the Mayhem Series the storyline alternates between protagonist and killer, giving it more of a cat-and-mouse feel.

In March 2018, I have another Mayhem Series crossover novella set to release in Susan Stoker’s Kindle World, as well as several other proposals that I’m not able to discuss yet. Suffice it to say, already 2018 is proving to be just as busy as this year. Onward and upward!

Sue has a great website that also includes books to help other authors. Check it out.

Tired of being ordinary, then here are some tips for becoming extraordinary.

About my life and everything else 🙌

"These violent delights have violent ends. And in their triumph die, like fire and powder. Which, as they kiss, consume."— Romeo & Juliet, Act II, Scene VI

An Over 40 Style Blog